HomeBlogTourismTravel Agenda: where to go and what to know in travel this week

Travel Agenda: where to go and what to know in travel this week

The Franklin Hotel in Knightsbridge, London, reopens to guests on 1 August, ahead of its official launch in October. The Victorian building has been closed for more than a year since it was bought by the Italian Starhotels group and completely revamped by designer Anouska Hempel. The 35 rooms start at £360 a night, and the restaurant will be headed up by an as-yet unannounced Michelin-starred app. thefranklinlondon.com

La Compagnie’s new L’Unlimited pass goes on sale on 18 July. Only 10 are available, but for $35,000 (£25,000), you can get a year of unlimited business class flights between Luton and New York’s Newark airport. Passholders will have access to a personal concierge, who will help with booking and managing flights.lacompagnie.com

Call of the wild

To mark 50 years since the release of the film Born Free, Virginia McKenna (star of the film and co-founder of the Born Free Foundation) and her son, Will Travers, will host two 10-day safaris in Kenya this year. Departing 29 August, the trips will visit Elsa’s Kopje in Meru National Park, the location of the film and home of Elsa the Lioness, and Tortilis Camp in Amboseli. Prices start at $8,674 (£6,196) per person including accommodation with some meals, game drives and domestic transport but not international flights. Plus a donation to the Born Free Foundation.chelipeacock.com

Norwegian has launched flights from Edinburgh to Barcelona, going head to head with Ryanair’s service. Norwegian’s flights depart twice a week, on Wednesday and Saturday mornings.norwegian.com

The Massif du Sancy, in France’s Auvergne region, is hosting the 10th edition of its Horizons festival until 25 September. The event sees artists display open-air installations inspired by, and created for, the surrounding landscape. horizons-sancy.com 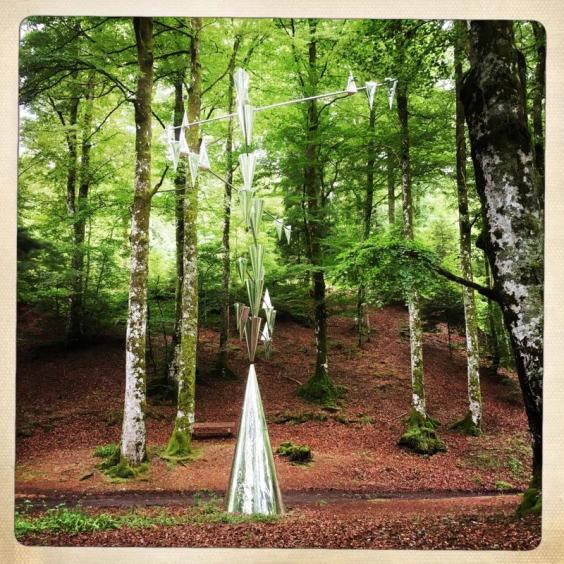 Steppes Travel is hosting the inaugural Beyond travel festival at the Royal Geographical Society in London on 17 and 18 September. The even will feature seminars and panel discussions, as well as exhibitions and documentary screenings. Speakers includes Sir Ranulph Fiennes, Chris Packham, and champion freediver and ocean conservationist Hanli Prinsloo.steppestravel.co.uk

Tripping the Flight Fantastic: Adventures in search of the world’s cheapest air fare is an account of how writer Andrew Fraser reveals created his dream trip on a budget, and had some unusual experiences on the way, including witnessing octopus autopsies in Girona and spotting giant pink Alexander the Greats in Skopje. £9.99, Bradt Travel Guides. bradtguides.com

Cugó Gran, an exclusive-use luxury farmhouse in Menorca, is allowing guests to book its rooms individually, on a B&B basis, from September. The villa is set within a 250-acre estate, and has its own pool plus sea views. Doubles start at €325 including breakfast and airport transfers (minimum three-night stay).cugogranmenorca.com